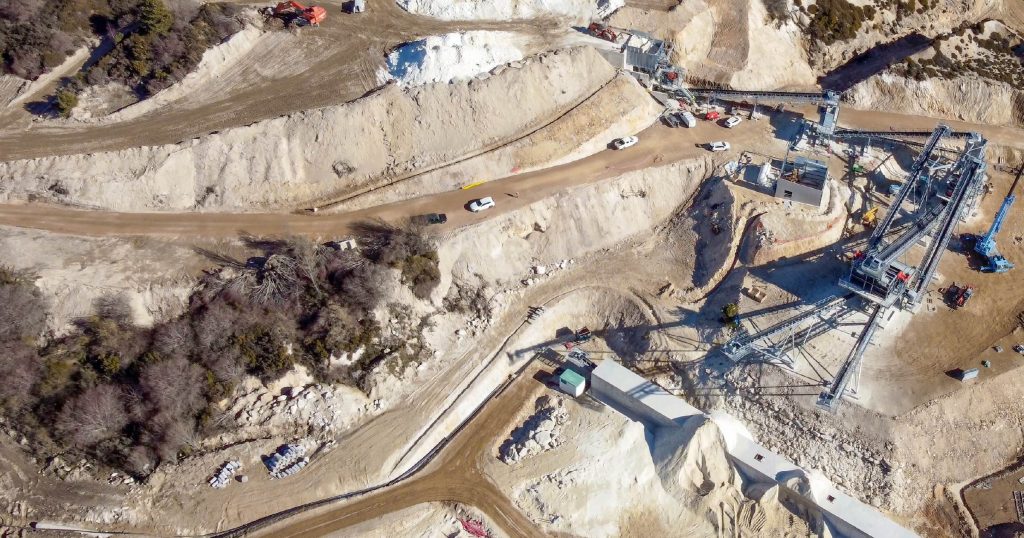 Strategic Minerals Europe (SME) has announced that it has begun mining tin from the new open pit at its Penouta project.

Penouta, located in north-western Spain, has been in operation since 2018, having restarted following a 30-year gap after mining ceased in 1985. SME claims to be the largest miner of tin on the continent.

Current production comes from the B1 tailings pond, which contains 4.8 million tonnes of material, with an average grade of 387 ppm Sn. This is currently being fed into a 1.1 million tonne per annum gravimetric processing plant, resulting in some 45 tonnes of tin concentrate per month.

With the move to open pit mining, SME expect to increase the head grade entering the processing plant. According to SRK’s March 2021 Technical Report for the project, the hard rock deposit at Penouta contains 76.3 million tonnes of ore at a grade of 443 ppm as a Measured and Indicated Resources. A further 57 million tonnes at 389 ppm Sn are categorised as Inferred Resources.

Production from the open pit will be complemented with feed from the B1 dry stack tailings – a further 6.8 million tonnes at 458 ppm Sn. The company aims to produce some 90 tonnes per month of Sn-Ta concentrate for the first six months of the year, upping this to 100 tonnes per month in the second half. According to SME, the concentrate will be roughly 70% cassiterite and 30% tantalum.

With cashflow increasing, SME is looking ahead. The company is focused on expanding its tin production, with three additional properties, through its phased growth strategy.

Initially, the company is investigating whether a smelter would be feasible at Penouta; SME hopes to produce 99.95% Sn ingots. According to a December 2021 presentation, the company plans to begin production from the pyrometallurgical plant in 2022.

In terms of expanding mine output, the Alberta II lithium-tin project is the most advanced of the company’s projects. Alberta II has a historical (non-JORC Compliant) resource of 12.3 million tonnes at 440ppm Sn. The Macarena and Carlota projects are also seen as having potential for tin. All three projects are located in north-western Spain.

International Tin Association view: SME is pursuing an aggressive expansion programme in its tin business, with the possibility of production of co-products from future mines beneficial in keeping the mine’s operating expenditure low. The proposition of a smelter is an interesting one, given that Europe currently has no primary refined tin production.